How to Deschool Children: The Process of Going from School to Homeschool

Home Homeschooling FAQSHow to Deschool Children: The Process of Going from School to Homeschool How to Deschool Children: The Process of Going from School to Homeschool

So you’ve decided to home educate your children. But, you’re wondering where to begin. Fortunately, you’ve come to the right place because you need to deschool your children before you can homeschool them. In this article, we’ll teach you all about the process of deschooling and how you can have lots of fun as you deinstitutionalize your kids and get them ready for an individual, interest-based-learning education.

In this article, we’re going to talk about:

Let’s dive in and get started! The Definition of Deschooling

Deschooling is simply the process of trying to deinstitutionalize yourself (or your homeschoolers/unschoolers) from the institutionalized mindset that comes from school. When you deschool someone, you let them have a period in which they can adjust themselves to no longer being institutionalized.

When we go to school, we have to follow many rules about learning. Many of these rules are necessary to create order in classrooms full of 30 or more students. Unfortunately, many of these rules also curb a student’s natural curiosity and interest in a subject. Deschooling helps to show children that they can revert to their natural states of curiosity and enjoy learning through things that interest them instead of learning the way the institutions wants them to learn.

In a nutshell, deschooling refers to two processes, namely:

We’ll be referring to the second definition more when we talk about deschooling in this article.

There are many of advantages of deschooling your child which will help them deal with the loss of school structure and embrace the less formal learning style that home learning brings. These advantages include:

If you take advantage of these benefits, you’ll notice your homeschooling journey is a lot less stressful as you’ll have your children more on board with your vision for their education. Hopefully, you can build this vision together during the deschooling period and find an educational solution that suits everyone.

But, Why is Deschooling Necessary?

Why do you need to deinstitutionalize children anyway? Won’t it just happen naturally?

If we’ve only ever been educated in a school system, we need to deschool ourselves because we are (ourselves and our children) institutionalized.

Because there is such a lot of momentum behind institutionalized schooling, we need to separate ourselves from it and look at the idea from afar. We need to let go of our ‘school’ mindset and develop something far richer, far deeper.

For some, deschooling will certainly involve a bit of mourning over our old-school lives. This was the case for me when I started homeschooling.

The funny thing is that now I love homeschooling so much, and I felt like I always did. But, I was shocked when my parents told me that when I started home educating, I went through a period of mourning and sadness as I left school. You might find something similar happens to your children.

How Long to Deschool

You might question whether your teenage children will be able to catch up on their schoolwork if they’re not studying for six months. My guess is that after six months of deschooling, they will be very excited to get back into learning. This is because their vision for their education will be renewed and they will (hopefully) be thinking about what they want to train for after they graduate high school. Essentially, they’ll have more purpose to the study they’re doing after they’ve spent six months deschooling.

The process of deschooling is more about doing nothing than doing something. You want to be using this time to relax and de-stress.

Keep in mind that the process is harder with teenagers as they’re more institutionalized than younger children and they need more time to carry out the process. Be prepared for initial moodiness and sullenness. But, that’s okay as you’ll have time to overcome distempers and they won’t stay moody forever.

Jeanne Faulconer from the Engaged Homeschooling blog says new home educated students will be very affected by the process in the early days, months and (possibly) year of homeschooling.

What does deschooling look like in practice? Some of the best examples of the deschooling process are seen when families do really simple things together like:

Don’t do any formal homework while you deschool. Save this time for having fun together (and perhaps a little informal collateral learning)!

Also, keep in mind that you might have to make friends with your kids again, otherwise collaborating on curricula later will be difficult.

Deschooling activities look like you’re doing ordinary everyday tasks with your children…minus the schoolwork! Some activities (other than the ones in the examples above) include:

You get the idea…make it fun…make your children realize that this homeschooling thing might be more fun than they realized! If you want to make the deschooling process go smoothly, it’s a good idea to keep these tips in mind:

If you follow these tips, you should find your children react and slowly start coming on board with your vision for their education.

When you’re trying to deschool a high school teenager, you might be in store for some unpleasantness. So, don’t be surprised when you notice some moodiness or angst in your children. This might look like they’re:

Teenagers may need time to get used to spending all day with their parents and doing things differently. They may find it strange that they’re now on the same side as their teacher!

Deschooling and Unschooling: What’s the Difference?

Many people think unschooling is the same as deschooling. But, they’re not the same thing.

Deschooling is the process of deinstitutionalizing children from the way they are taught in traditional schools. Unschooling is throwing off all notion of school in education and adoption that philosophy for the remainder of the child’s traditional learning years.

Perhaps some might describe unschooling as perpetual deschooling. If you didn’t buy a homeschool curriculum, but instead, let your children keep learning through everyday life, you’d probably be termed an unschooling parent. This is because a hallmark of unschooling is that parents don’t impose education on their children.

Personally, I’m not a fan of strict unschooling (towards the radical end) because: Ivan Illich wrote a book against institutionalized schooling called Deschooling Society. It was published in 1971, and lauded by many who were frustrated with the poor educational standards set up in schools. Faena Aleph described this book like this:

In 1971 the philospher and priest Ivan Illich published a book with the controversial title Deschooling Society, a challenging premise that recalls a certain kind of anarchy in the sense of freedom exercised with awareness. For Illich, the aim of achieving “universal education” is not feasible through a school system, where teaching and learning are centralized and managed by specialists, in addition to the fact that not everybody has the material resources to attend school or have access to educational technology. [Source]

Illich was downright anti-school because he believed schools were effective at institutionalizing children but ineffective at educating them properly. Illich believed schools provided a poor education and we should instead be using technology to find things we want to learn. He also argued that decentralized technology webs should feature much more in learning, saying:

I can’t help thinking Illich probably copped a lot of flak for his blunt appraisal of schools. And maybe that’s why there is much to admire about him. He was brave enough to stand against an institution he believed was hurting those inside it.

Deschooling is a great idea if you’re transitioning from school to homeschool. It helps parents and children realign their educational goals so they can make more progress in the long run. The process involves a lot of relaxation, and should eventually bring you into a much better relationship with your children as you have fun living life together. You may discover your teenagers are a little moody when they start, but you’ll soon find this morphs into a joy of learning and a love of life!

Homeschool Hours Per Day: Should I Homeschool for Only 2 Hours a Day?

How many homeschool hours per day should you do? Can[...] 10 Homeschool Methods, Styles & Approaches: Which is Yours?

Out of all the homeschooling methods and styles, what’s the[...]

Are you looking for the best homeschooling curriculum for Christians[...] 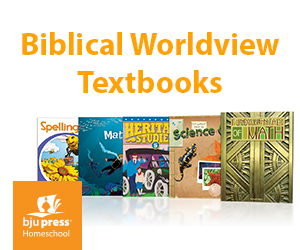