Interested in home education, but don’t know if it has the evidence to back it up as a great educational choice? This article will lay out the benefits of homeschooling with statistics and facts. On this page, I’ll try to use the most up to date homeschool statistics in 2017 and older data.)

A huge thanks to Dr. Brian Ray from the National Home Education Research Insitute for providing access to his article, A systematic review of the empirical research on selected aspects of homeschooling as a school choice. Ray provides thorough research which significantly aids us in knowing some great homeschooling statistics in 2017. The National Center for Education and Statistics (NCES) also has good information on home education in the United States. I’ve presented data from both sources graphically, below. Please also take careful note of some of the limitations in the studies outlined at the end of the article.

On this page we will cover the following questions:

After this, we’ll touch on some limitations to the studies covered in this article. But, for now, let’s get started!

How many Homeschoolers are there in America?

There are about 3 million homeschoolers in America. (The NCES has 2016 statistics on this.) 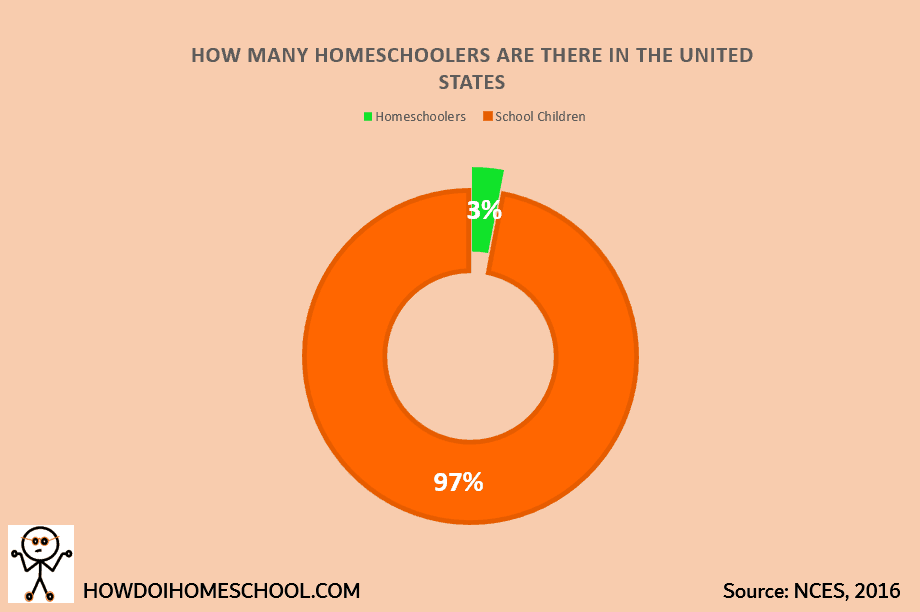 How Homeschooling Has Grown

The growth of home education in recent history has been ‘nothing short of remarkable‘ as Joseph Murphy said. Since the 1970s, homeschooling has risen from 13,000 homeschoolers to 2.4 million. 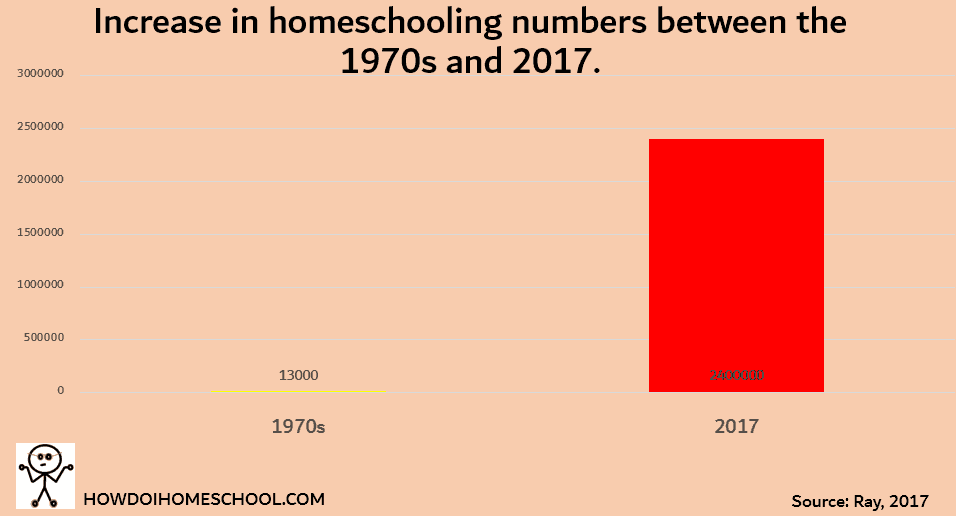 This represents an enormous increase in home education levels – levels that have seen much growth in the last decade in particular. Some explain this by the decision to remove school prayer and Bible reading in public schools.

Other reasons to explain the increase in homeschooling numbers is the:

What Education Level Do Homeschooling Parents Have?

There is still a myth floating around that homeschooling parents are poorly educated high school dropouts. But, if you think that’s the case, you’d be wrong. Statistics say:

In a graph, these homeschooling facts look like this: As far as the population goes, that’s an average level of education. Furthermore, a higher proportion of teachers tend to homeschool compared to those who aren’t teachers.

This probably has to do with teachers feeling more confident about educating children as that has been their job. However, there’s evidence to say it doesn’t matter if you don’t have a teaching background.

It also makes me think that schools must have a few problems if such a high proportion of teachers are opting to teach their children themselves.

What is the Ethnic Makeup of Homeschoolers in America?

Homeschooling statistics on the proportion of different ethnicities of people who engage in home education show white people are, by far, the biggest proportion of homeschoolers in America. The proportion of minorities who homeschool is high.

Some of the reasons African-American parents chose to homeschool centered around teaching their culture to their children and avoiding racism:

Further, about 40% of the parents gave as a reason that they want to “give the child more instruction on African American/black culture and history” and 20% said another reason they chose homeschooling is that they “desire to avoid racism in public schools.”(Ray 2017, p. 609).

…while African American homeschooling practices vary widely based on parents’ teaching and learning philosophies and ultimate objective, a common tendency is the implementation of a curriculum inclusive of African/African American history and culture. (Ama Mazama, 2015) 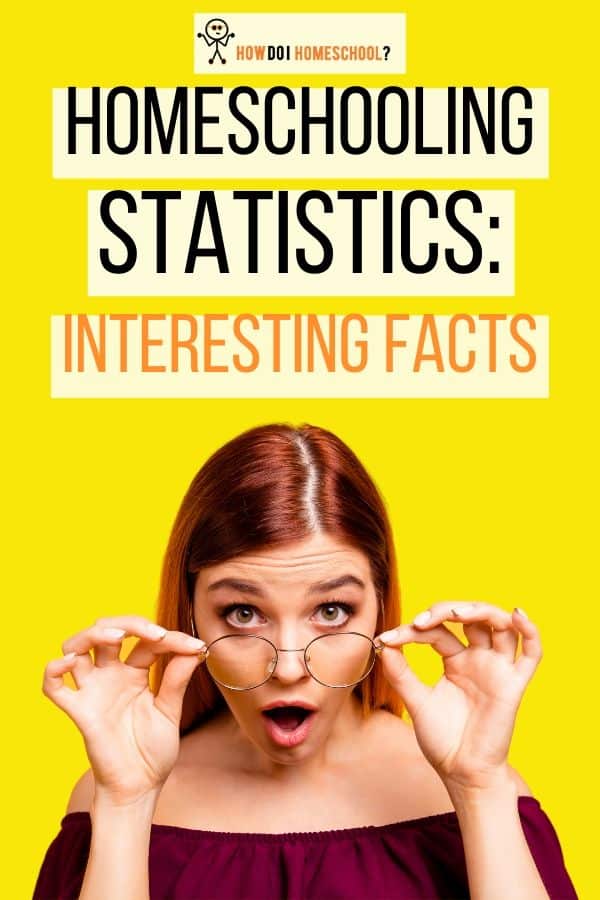 But, there are also academic reasons to homeschool if you’re an African American. Ray (2015) studied black homeschooled children and compared their test scores with those of public school students.

Perhaps this isn’t surprising considering children learn much better when they have one-on-one tutors as opposed to high student to teacher ratios. They also learn better if they don’t have to deal with a host of other influences that eat away their mental strength throughout the day (peer pressure, racism, exhaustion and so on).

How Many Hours Do Homeschooler Study For on Average Each Day?

I compiled the following (informal) homeschooling statistic in 2017 by polling around 120 home educators on the amount of time they spent in formal study with their children.

The results indicated most homeschoolers spent three hours a day doing formal homework. If homeschoolers were quite young, they might spend as little as 20 minutes. If they were older, they could spend significantly longer at their desks.

The following image is a compilation of the results I received: I was also fascinated to learn that many parents only want their children to study for four days a week – and some do formal homework for only three days of the week!

Do Homeschoolers Have Better Test Scores?

Only one of the studies showed they received ‘neutral and negative results’ compared to their public school peers (and this was only examining Grade K). But, what do government statistics say about homeschoolers test scores?

How Do Unschoolers and Unstructured Homeschoolers Perform on Standardized Tests?

This is to be expected as unstructured homeschoolers aren’t learning to pass an exam.

However, this is the same issue we find with learning institutions that use the problem-based learning model, like medical and engineering schools. The type of learning, while aimed at giving students a great holistic knowledge, isn’t going to let them perform outstandingly on standardized tests.

The good news is that university engineering and (especially) medical schools consider problem-based learning to be an extremely effective way to teach students – even if it means they might not get an A on a test.

And I wonder if that might not be the case with some unstructured homeschools.

You can read more about homeschooling facts and test scores at Homeschool Vs Public School: Statistics and Test Scores.

How Many Children in an Average Homeschooled Family?

However, there are also many families with only one or two children. Here’s the breakdown: Considering the average family in America has around 3.1 persons in a household (2012-2017), homeschooling families are quite large in comparison.

Where do homeschoolers live?

How Poor Are Homeschoolers?

The NCES classified homeschooling families as poor or non-poor based on the TTLHHINC, a measurement for determining income versus people in a household (NCES, 2012, p B-10).

For example, a family is considered poor if they have:

Therefore, how many homeschooling parents are considered poor? Statistics say 20% are poor, while 80% are not. This is seen in the pie graph below: There is another myth that homeschooling families are quite poor and many live in trailer parks. However, these statistics seem to suggest this is not the case.

It is certainly true that home education is more of a financial squeeze with only one breadwinner as the wife is (90% of the time) homeschooling the children full-time – and hence foregoing one income. (You can read more about the cost of home education here.)

What are the Reasons Parents Homeschool Their Children?

Homeschooling statistics by the NCES say the reason most parents choose to homeschool is that they are concerned about the school environment. Other common reasons parents gave for home educating included: Of course, there are a plethora of other reasons parents choose to homeschool which you can find here.

The Gen2 Study suggests Christian homeschoolers are generally happy they were homeschooled. The study asked participants to agree or disagree with the statement, ‘I’m glad I was homeschooled.’

Here were the results:

This is also reflected somewhat on these homeschoolers plans to homeschool their own children with:

Because there are many variables in homeschooling populations, we need to be careful about saying ‘this happened because they homeschooled’. Common variables in the studies above include:

These factors make gathering data particularly hard. However, as Ray’s article is a meta-analysis of only peer-reviewed data (bar state statistics), this problem has been lessened somewhat.

Ray says this about study limitations in these papers:

[M]ost studies on homeschooling include convenience samples that are likely not representative of the targeted sample. With these methodological limitations in mind, however, at least some of the empirical studies in the review that follows use random selection (Green-Hennessey, 2014; Montes, 2015), key control variables, and student-matching approaches to partially control for possible confounders.

Another limitation is that many ‘homeschooling parents’ may not wish to focus on academics as schools do (schools use academics as a measure of their effectiveness). Home educators may want to focus more on children’s spiritual and philosophical education.

Others might measure success when they see their child living freely, not constrained by educational institutions. Indeed, this is where the unschooling movement has come from. As such, ‘unstructured homeschoolers’ or unschoolers have worse academic results compared to structured homeschoolers (read this article on homeschoolers test scores which explain this and reference research on this). Ray said:

Next, various scholars have noted that many, if not most, homeschool parents have different objectives and goals for their children than do institutional public and private schools and parents who choose them (e.g., Morrison, 2015). If this is true, then one might wonder why there is so much focus on standard measures of academic achievement, social development, and forms of socialization that are developed and normed with institutional school students and used for holding institutional state schools accountable to the taxpayer. In a similar vein, many homeschool parents are more focused on the spiritual and philosophical education of their children and therefore much of the studies on homeschool students are, as Cizek (1993) posited, “the mismeasure of home schooling effectiveness.” Further, some have argued that it is actually inappropriate, based on standards of the testing and measurement industry, to apply standardized testing to homeschoolers (Cizek, 1988). Homeschooling statistics strongly point to academic and social success among homeschooling graduates, especially when compared to children in public schools. There is no doubt home educated students are doing at least as well as their public school peers. As such, this method of education stands up to the strongest of scrutinies. 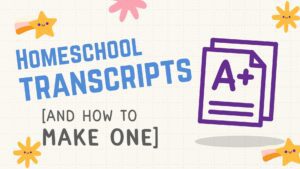 Homeschool Transcripts 101: Why You Need It & How to Make One Should Homeschooling Be Banned or Illegal? 15 Arguments Considered. 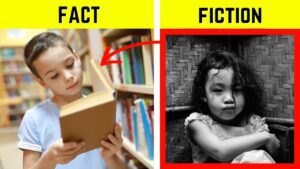 10 Things That Will Shock You About Homeschooling