August 21, 2020 Posted by Rebbecca Devitt Other, Why Homeschool (Reasons) No Comments

I thought I’d do a post with some atheist vs Christian worldview quotes as quotes seem to have a great way of catching people’s attention with their wit and ability to look at things from a peculiar angle. The following worldview quotes help show us how so many great thinkers like Eric Metaxas, C.S Lewis, and Lee Strobel believe in a Biblical worldview for a lot of very good reasons. It also shows us the other side of the coin – the atheist worldview. As Christian parents, it’s important to show both sides of the arguments, and let our children make sense of all these worldview arguments they will hear throughout their lives. We live by a worldview based on assumptions we have learned, have experienced and have been taught. We then extrapolate these assumptions to fill in the blanks. We believe our assumptions are rooted in truth. We feel we know it and have experienced it. Therefore it must be true. But, in reality, we’re assuming it. – Rebbecca Devitt, Why on Earth Homeschool.

The logical conclusion of relativism is absurdity. Non-sense. A worldview that undermines its own premises. – Eric Metaxas

Given a choice between their worldview and the facts, it’s always interesting how many people toss the facts. – Rebecca Solnit

Few people seem to realize that the resurrection of Jesus is the cornerstone to a worldview that provides the perspective to all of life. – Josh McDowell

I believe in Christianity as I believe that the Sun has risen, not only because I see it, but because by it I see everything else. – C.S. Lewis.

My worldview, my philosophy, my attitudes, my relationships, my parenting, my marriage – everything has been transformed by my relationship with Christ. – Lee Strobel Apart from a Christian mind we will either be taken captive by the myriad of worldviews contending for our attention, or we will fail to make the Christian voice heard and considered above the din. – James Emery White.

What you believe about who you are, where you came from, affects your whole worldview. – Ken Ham

I have a Christian worldview and so it shapes the way that I view issues. I don’t apologize for that, and I don’t think people of faith ought to shrink away from being in the public arena. – John Thune

I am totally convinced the Christian faith is the most coherent worldview around. – Ravi Zacharias

Likewise, education can direct people toward good or evil ends. When education is based on a fundamentally distorted worldview, the results are horrific. – Daisaku Ikeda

I would say 90 percent of Christians do not have a worldview, in other words a view of the world, based on the Scripture and a relationship with God. – Josh McDowell

A Christian worldview impacts every area of life. Including making your house a home. – Eric Metaxas

My dad was a slightly stricter version of Richard Dawkins. The worldview was that there are idiots out there who believe in Santa Claus and fairies and magic and elves, and we’re not joining that nonsense. – Alain de Botton

The godless have no reason (besides the warm fuzzies inside of them) to follow God and do right (if they’re consistent with their worldview). – Rebbecca Devitt, Why on Earth Homeschool.

Science is only truly consistent with an atheistic worldview with regards to the claimed miracles of the gods of Judaism, Christianity and Islam. – Lawrence M. Krauss

The naturalist worldview is a good way to feel grounded and feel part of something that isn’t based on fairy tales. It’s based on observable facts in the human and in the biological history of the planet. I think that can be a source for comfort. – Greg Graffin

I became a skeptic of one way of seeing the world. And I think it is what started me in my awareness that any worldview is superstitious. – Ben Okri

I’m trying to champion the naturalist’s worldview and show it’s not as heathen as most religious people would make it out to be. – Greg Graffin

Nothing is more dangerous than a dogmatic worldview – nothing more constraining, more blinding to innovation, more destructive of openness to novelty. – Stephen Jay Gould

In some schools, the moral compass is now so relative that right and wrong are decided by that which causes most frustration to school authorities. So long as you don’t hurt anyone, you can do what you want. For instance, if gossiping doesn’t hurt anyone, why should it be banned? As such, limits proposed by teachers are always moved. Under a relative worldview, limits are never static. – Rebbecca Devitt, Why on Earth Homeschool.

Public education…is one of the fundamental rules of popular or legitimate government. If children are brought up in common, in the bosom of equality, if they are imbued with the laws of the state and the precepts of the general will, if they are taught to respect these above all things, if they are surrounded by examples and objects which constantly remind them of a tender mother who nourishes them, of the love she bears them, of the inestimable benefits they receive from her, and of the return they owe her, we cannot doubt they will learn to cherish one another mutually as brothers. – Jean Jaques Rousseau.

Visit a typical science classroom and you will discover far more than empirical facts being taught. The dominant worldview among scientific intellectuals is evolutionary naturalism, which holds that humans are essentially biochemical machines. – Nancy Pearcey

Quotes Showing the Difference Between the Athiest and Christian Worldviews

In the biblical worldview, the purpose of all creation is to benefit man. This anthropocentric view of nature, and indeed of the whole universe, is completely at odds with the current secular idealization of nature. This secular view posits that nature has its own intrinsic meaning and purpose, independent of man. – Dennis Prager

The history of our country has been driven by a Judeo-Christian worldview, and so that has dominated the landscape. So it’s important that we recognize the lordship of Jesus Christ without apology in our emphasis on prayer. – Tony Evans

With the demise of the biblical religions that have provided the American people with their core values since their country’s inception, we are reverting to the pagan worldview. Trees and animals are venerated, while man is simply one more animal in the ecosystem – and largely a hindrance, not an asset. – Dennis Prager

It is always good to explore the stuff you don’t agree with, to try and understand a different lifestyle or foreign worldview. I like to be challenged in that way, and always end up learning something I didn’t know. – Laura Linney

I know, when I was growing up, a lot of the views I was listening to, it was a worldview that was not helpful. The world even sold me a false idea of what the good life was, and I wish that people would have helped me to think better about how to interact with that worldview. Trip Lee

I am who I am, and I’m not going to tell someone I don’t have the worldview I have. That doesn’t mean I’m not open-minded and won’t meet with anybody. – Kathy Szeliga Tags: homeschool vs public schoolquotesreasons to homeschool
No Comments
Share
1 10 Reasons to Homeschool Autism and Asperger’s

Homeschooling children with autism or Asperger’s is becoming a more[...]

How This 14-Year-Old Homeschooler Made $1,000 a Month Selling Snakes

Seamus is a homeschool entrepreneur that I met at church.[...] 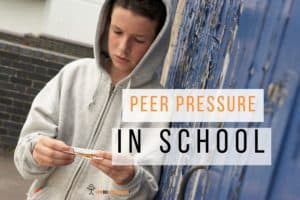 In schools, peers exert a massive influence over schoolchildren through[...]