Does it matter how much television people watch or how many video games they play? Are there any negative effects of technology on children? Is technology intrinsically bad, or do adverse consequences come from device overuse? Should we all be chucking our Google devices and Apple watches? In this article, we’ll be arguing the impact of technology overuse can cause some unforeseen consequences which extend into our later lives…but we’ll also be arguing technology is just a tool. Therefore it can be used for either good or evil.

Contents of this page: This site contains affiliate links to products. We may receive a commission for purchases made through these links.

When I was growing up, I knew a boy who came to our church meetings (because his parents made him come) who was very shy and wouldn’t say above half a dozen words. I knew he enjoyed talking to me but was too shy to say much in face-to-face interaction.

However, when I logged onto MSN, we had intense discussions, and he was very candid. Come Sunday morning again, and he was Mr. Shy. Looking back, I feel he was stunted by spending too much time on the computer. I have always thought this acted to curb his social development.

Negative Effects of Technology: What Are They?

We will discuss these five points from a slightly different perspective, using a few statistics about screen time.

Addiction – One Impact of Technology Overuse

Have you noticed that television is as absorbing as a love affair?

Maybe that’s because most of us love our television sets. But, is the TV ‘relationship’ a healthy one, or are we addicted like a drug addict waiting for their next fix?

If someone were to challenge us to give up television for a month, most of us wouldn’t bother because we’d say, ‘No problem, I can do that – in fact, I’m so sure of it, I won’t even bother doing the challenge.’

It is particularly easy to deceive ourselves that we’re not addicted to technology as the negative effects of technology aren’t recognized by society or deemed a vital worry. After all, it mustn’t be a problem if everyone is doing it.

On the Marriage Relationship

Any marriage counselor will tell you it is essential to spend time with one’s marriage partner. A marriage goes through unnecessary turmoil when a spouse spends an extraordinary amount of time looking at a screen and spends little or no time looking at their spouse.

When a wife plays Candy Crush or a husband plays Age of Empires for long periods, it seems even more hopeless as each spouse is not only spending a small amount of time with each other, they’re spending their time playing manifestly futile games designed to give the user a ‘hit’ of ‘gaming heroin’ to keep them coming back. On the Child/Parent Relationship

Today we see fewer children spending one-on-one time with their parents outside. Instead, many are inside on a couch playing an X-box. That’s because technology is usually an individual endeavor (unless you refer to social gaming…and some people would debate that it’s genuinely social).

Instead of playing games with Mom or Dad or learning how to help their parents around the house, children are learning to play video games which give them very few valuable skills they can use when they’re older.

Another sad aspect of technology overuse comes when parents tell their children to get off their devices. Because this is happening so frequently, the parent-child relationship deteriorates as it increasingly involves parents reprimanding children for spending too much time on the computer or iPad.

Keeping your eyes on a computer screen game for hours is an excellent way to grow fat and lazy. At a time when children should be learning how to do things around the house or outside (putting up a tent, learning how to bake, learning how to make a chair), they’re learning the almost certainly useless skill of how to shoot a fake enemy with a fake gun.

Children should go out into nature and enjoy our environment’s natural riches instead of sitting in stationary positions for hours.

With pornography just a click away, many people find the potential to sin increases when access is at the tips of our fingers.

Not only this but anonymity seems to make us ‘wild and free.’ While we’re more measured in our face-to-face responses with our friends, we lose some of our inhibitions when we start commenting on Youtube videos we’re displeased with.

Anonymity makes us less likely to guard our tongues and censure our harsher thoughts. It’s much too easy to ‘tappity-tap’ on our keyboards and comment. The wisest man in the world applied this proverb to our tongues:

When words are many, transgression is not lacking, but whoever restrains his lips is prudent. Proverbs 10:19

Technology games are often wired to make us feel a sense of achievement for doing ‘tasks’ that give no actual reward. An example is:

*Ding, ding* You have just earned 2000 gold coins. You now have enough to buy King Kong’s sword to defeat the White Witch!*

High fives all around, right?

Wait a minute…how many hours did it take you to earn 2000 fake gold coins to buy a phony sword to defeat a fake witch? 10 hours??? And that was just for level 7.

How many hours could we account for if we counted all our time playing video games and watching television episodes? Furthermore, what worthwhile projects could we accomplish with these spare hours?

Paid Psychologists Aren’t thinking about the Negative Effects of Technology and the Impact of Overuse.

Often video games are heavily researched by psychologists to make us keep coming back and wasting more time. Social media and computer gaming companies pay many psychologists good money to formulate plans to keep our eyes glued to the screen for as many hours as they can diddle us out of…and they do a stellar job!

My husband and I found escaping the tentacles of technology downright liberating. We found more marriage-time for each other, our child, and our life. After putting away the television and computer games, we felt free.

But, Technology is Just a Tool…

Perhaps the answer isn’t to flush our mobile phones down the toilet. It’s good to remember that technology is just a tool, and like any tool, it can be used responsibly or irresponsibly.

Technology has many good functions. Technological backgrounds of some description are helpful if we want to participate in most 21st century jobs.

The issue is, how responsible are we when we use it?

Just like food isn’t inherently evil, it can be detrimental if used or overeaten. But, it can also have many valuable functions (in the latter case, it keeps us alive!).

Three Books That Explain it All

Suppose you want to inform yourself a little more about the negative effects of technology. In that case, I can only highly recommend reading Amusing Ourselves to Death: Public Discourse in the Age of Show Business.

The book outlines how we’ve become so interested and addicted to technology. It argues our world operates more similarly to the novel Brave New World than in the story Nineteen Eighty Four.

Nineteen Eighty-Four (1984) is a dystopian novel written in 1949 by George Orwell. It anticipates that society in 1984 (about 35 years after the book was written) will be controlled by a big brother-like government. Big Brother watches everything everyone does, and life is very oppressive. Dissidents are not tolerated. There is war constantly with advanced government surveillance and propaganda.

Brave New World is another dystopian novel published in 1932 by Aldous Huxley. It is mainly set in the future, where citizens are manufactured in test tubes and designed to fit into classes of people (like the Indian caste system). But, in this world, people are happy with their lot in life as they’ve been programmed to be content with their dismal situation. They’re sold a lie, but they’re so glad to believe it and don’t want to accept the truth even when it’s pointed out.

Amusing Ourselves to Death argues our society is more like the last novel, Brave New World, even though a lot of the time, we think it might be like Nineteen Eighty-Four. It argues we’re deluding ourselves in apathy – even if the powers that be control it.

Since deciding not to watch television anymore, my husband and I haven’t looked back. We are far happier in our marriage, and my husband is now no longer tired for the whole evening as he’s gotten used to not relying on television for relaxation. We have longer chats about many things. As previously mentioned, we’ve been able to get our finances on track, which has taken a lot of time..time we probably would have spent watching television in the past.

Most adults don't particularly want to relive their schooling experience on a daily basis. They would gladly move on to a new life devoid of homework and teachers. Very, very few adults will passionately blog about their schooling some 15 years after graduating. This makes Rebecca Devitt somewhat unique. As it happens, she was homeschooled. And she loved it. Still does. And she wishes every kid could get a taste of homeschooling at its very best. Her website How Do I Homeschool, is a springboard for parents to see what a life of homeschooling could be for both them & their children. When she's not blogging Rebecca is still homeschooling her-adult-self by learning Latin, growing weird vegetables and most importantly looking after her two children Luke & Penny. She has a husband Tristan and is a participant at Wollongong Baptist Church. She's also written a book about why parents should homeschool called 'Why on Earth Homeschool'.
Articles: 172 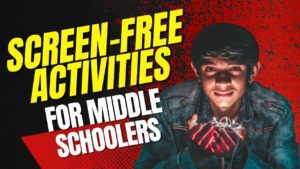