Many parents are turning away from traditional education in favor of classical education. This is because they see so many benefits of classical education. These advantages can, perhaps, be best summed up by saying this sort of training produces many knowledgeable, discerning, and wise individuals. Classical students also have better skills with the English language, the ability to present themselves eloquently and a great work ethic.

Another benefit of classical education is that you teach children according to their natural intellectual or emotional bent at that stage in their lives instead of teaching them the wrong things at the wrong time as classical educators will argue modern educators do. Classical educators teach knowledge in the primary ‘poll-parrot’ grammar stage, discernment and understanding in the ‘pert’ logic stage, and wisdom in the ‘poetic’ rhetoric stage.

But, let’s dive in and have a look at these advantages more closely below. HDIH is a participant in various affiliate programs. They provide means for this site to earn advertising fees by advertising and linking to various products.

Compared to children who are educated in modern or traditional classrooms today, there are many advantages that come to students who wish to study classical education. In particular, the benefits of classical education are that it:

We will break these down further into different stages of learning in the Trivium. But, before we do that, it’s important to understand what the trivium is, and why it’s important.

What is the Trivium?

The classical method is broken down into three stages or phases. These are the grammar, logic and rhetoric stages. Each stage teaches children according to their natural intellectual inclination at that period in their life. The:

The rhetoric stage ends around age 16 and students can choose to study the Quadrivium in a tertiary institution. The Quadrivium teaches more ‘subjects’. However, it is teaching them to a set of students who have learned how to analyze and present material intelligently, making the learning of the quadrivium an even more beneficial exercise than traditionally educated students might find it.

Benefits of Classical Education in the Grammar Stage

There are a number of benefits that the grammar stage of classical education confers on the student. These are listed below.

One distinguishing benefit of classical education is that children learn to speak eloquently and use their words precisely.

A big reason they are able to do this is that they have learned Latin, which is the basis of more than half of the English language, and many of the other Romance languages like French and Spanish. This means that every student who learns Latin gains a better insight into words and can choose words that better fit the situation.

The grammar stage of classical education aims to give children a wonderful grounding in basics. These are basics they can recall easily in the later stages, as they’ve spent so much time memorizing and rote learning a huge amount of useful facts in the grammar stage.

In many ways, the grammar stage is similar to the education taught in modern schools. However, the main difference is the holistic view teachers place on the material. That is, students are not learning facts for ‘facts sake’. Rather, they are learning it for use in the latter two stages. Furthermore, in the classical Christian context, they are learning it with God at the centre of every subject. This is because classical Christian educators believe we cannot know anything without fearing God first.

A classical education also means students can read newspapers and magazines and sort out fact from fiction. Classical educators will get students to trawl through magazines and newspaper columns looking at arguments and how they are formed. Educators train students in logical thinking and then get them to smell out when something doesn’t make sense. This means they can read a newspaper or magazine in the future and recognize arguments that are not sound and that won’t hold water.

Ultimately, this means they won’t be a victim of illogically constructed arguments and hence a pawn in the hands of those who make these assertions.

Instead of pumping out P-grade-students as many public schools do, classical academies and homeschools encourage students to see that doing the minimum is literally a waste of their time. Instead, they encourage them to strive for excellence using a curriculum that engages students at their emotional and intellectual stage.

Benefits of Classical Education in the Logic Stage

During the logic stage of classical education, students learn how to debate and define their terms using the facts they learned in the grammar stage. There are a number of benefits that arise from doing this which students can use later in life.

Teaches children how to define terms and argue to the point

Children who don’t know to define their terms often misunderstand the people they are talking to – or other people misunderstand them. This is because they are ‘on different wavelengths’. We sometimes see this phenomenon on television when both parties might agree, but there can be a significant amount of confusion due to the failure to define terms.

A great benefit of classical education is that it gets children to define their terms precisely so they can better argue a point in a debate. This is also one of the reasons the Latin language is taught in the first two stages; it allows students to better understand the English language.

Children learn facts with a view to discern their meaning logically, instead of for learning facts for the sake of it

Classical educators teach children raw facts in the grammar stage with a view to eventually teaching them how to understand concepts logically and make good arguments in the logic stage. Dorothy Sayers, in her essay The Lost Tools of Learning, called this the pert stage.

This means that we’re equipping our children with facts and with the ability to use them in a discerning manner. Classical educators would argue that many modern education institutions fail to go beyond the grammar stage, and certainly not to the rhetoric stage.

Examine issues through a moral lens

In contrast to modern public schools – who often teach facts without any ethical or spiritual context – classical educators hold ethics and virtue highly. They teach concepts in light of scriptural or ethical understandings of those concepts. Aesop’s fables are a good example of this.

Benefits of Classical Education in the Rhetoric Stage

The rhetoric stage builds on the previous two phases and brings its own special advantages, namely more eloquent and wise speakers as we’ll discover below.

Children often don’t know how to express themselves these days as they don’t have a good grasp of the English language. Because they haven’t been taught how to express themselves well, their ‘umm’, ‘ahh’, and ‘like’ count are often high. Douglas Wilson, author of The Case for Classical Christian Education talked about this and how the rhetoric stage produces more eloquent students as it helps them present themselves well:

Poetic. At this time of life, children are concerned with appearances. If we have grasped the principle, then we teach them how to present themselves. Consequently, here we would locate the literature courses, the rhetoric course, the apologetics course, and so on. These are the high school years. The reason we have so many “undisciplined” kids trying so hard to be “cool” is not because they are slovenly or lazy. They are trying hard to “present” but have not been taught how to do so. The result is various, disheveled “rhetorics”: “Dude, like I was totally there.” – Douglas Wilson, , p. 136.

Give students the tools for learning for further education

Compared to modern education, classical education not only teaches relevant facts but equips students to easily tackle any subject they study in a tertiary institution (or during independent study) thereafter.

It does this by creating students who can logically deal with material, recognizing fact from fiction. It then encourages students to craft eloquent essays or speeches which make the point. They have to make their case incredibly watertight and able to stand up to criticism.

They take these tools for learning to everything they study thereafter, whether studying for an entrepreneurial pursuit or writing essays for a college course. Someone who can speak eloquently but has no substance in his words is a sophist and is not worth hearing. On the other hand, someone who has things of substance to say but can’t say them clearly or eloquently won’t be listened to as they are difficult to understand and their words sound jarring to the listener.

One of the benefits of classical education is that it teaches pupils things of substance and how to make good, logical arguments using that information. It then teaches students how to convey their thoughts with wisdom and poise so people listen to them.

We don’t want educational graduates who can merely wax eloquently but don’t speak to the benefit of those they address – perhaps the world is too full of these people already.

We want people who love those around them and speak to convey useful information in a gracious way that benefits the hearer. These people are essentially slow to speak, quick to listen, and slow to anger. They take time to consider all the perspectives in a case and answer wisely when needed, being sensitive to the listener’s concerns and background.

If you want to get a little more familiar with the classical education method, especially in the Christian context, I recommend reading the following:

These two books are about Classical Christian education in general. The Well-Trained Mind is also a useful read if you want to do classical education in a homeschool setting.

While the classical method is very different from the modern method, it creates students who are able to function intelligently and wisely in a world that is sorely lacking in logical thinking skills. Classical education creates more students who know what they’re talking about and talk only when necessary. We are sorely lacking in citizens like these today. The benefits of classical education, I believe, far outweigh its disadvantages. For this reason, it’s a great reason to start homeschooling using the classical method. 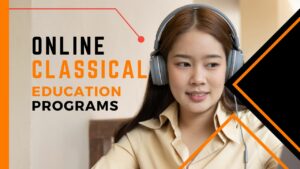